Add some zest to a typical Machu Picchu tour by flying into the amazon jungle, dining at Central Restaurant, ranked among the top ten restaurants in the world, and venturing into the sacred Valley.
You will learn how to cook and taste all the most famous dishes of Peru. From the Coast, into the Andes to the Amazon Jungle, Peru is definitely disserving his title of the World’s First Gastronomical destination.

This is a suggested itinerary, we are able to personalize at 100% your trip.

2 days & 1 night
Flight over the Nazca Lines and visit of Hacienda Caravedo, home of the oldest
distillery on the continent and one of the birthplaces of Peru’s national drink, Pisco.

Together with our partners, we organize luxury accommodation throughout the entire expedition 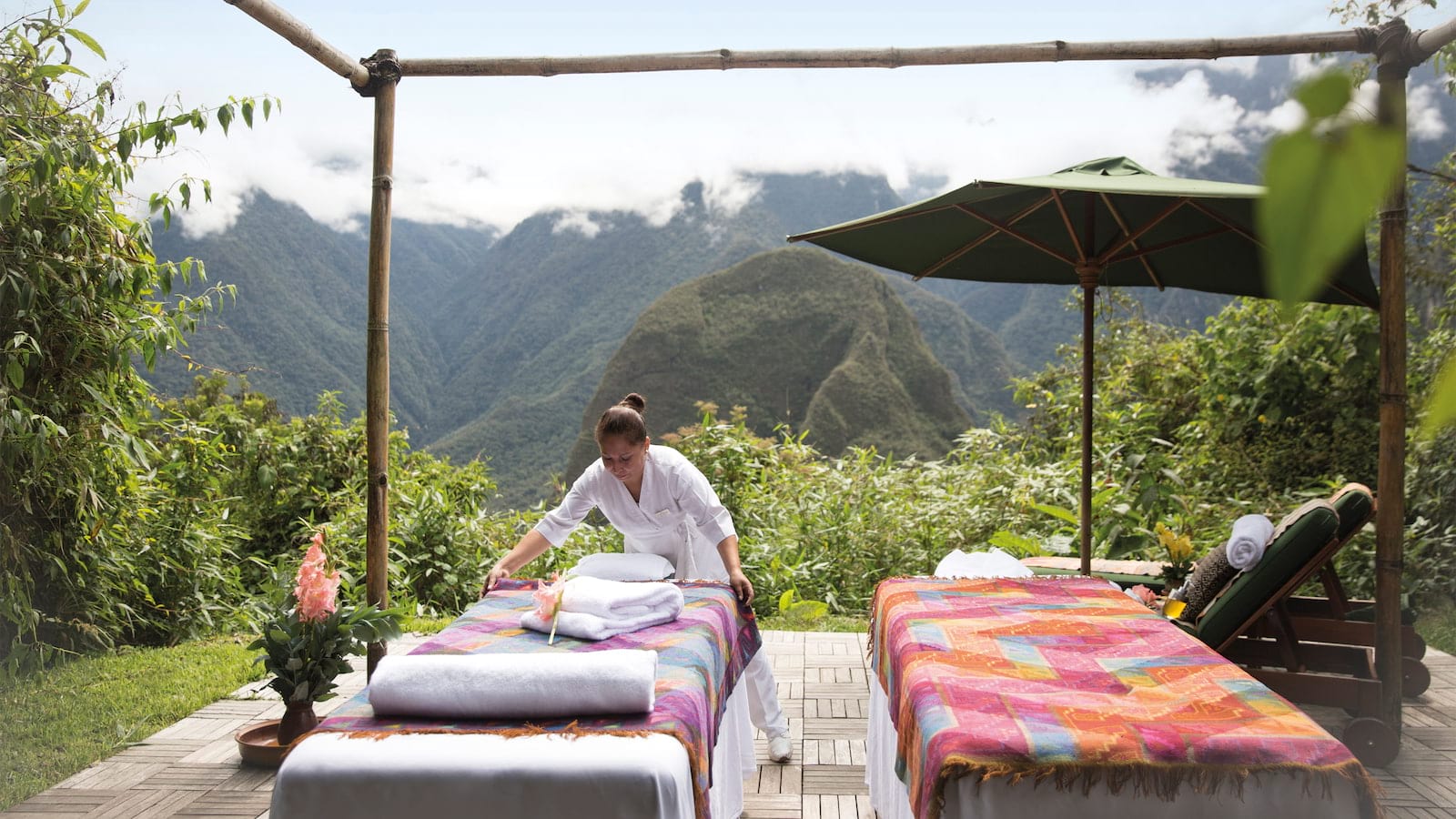 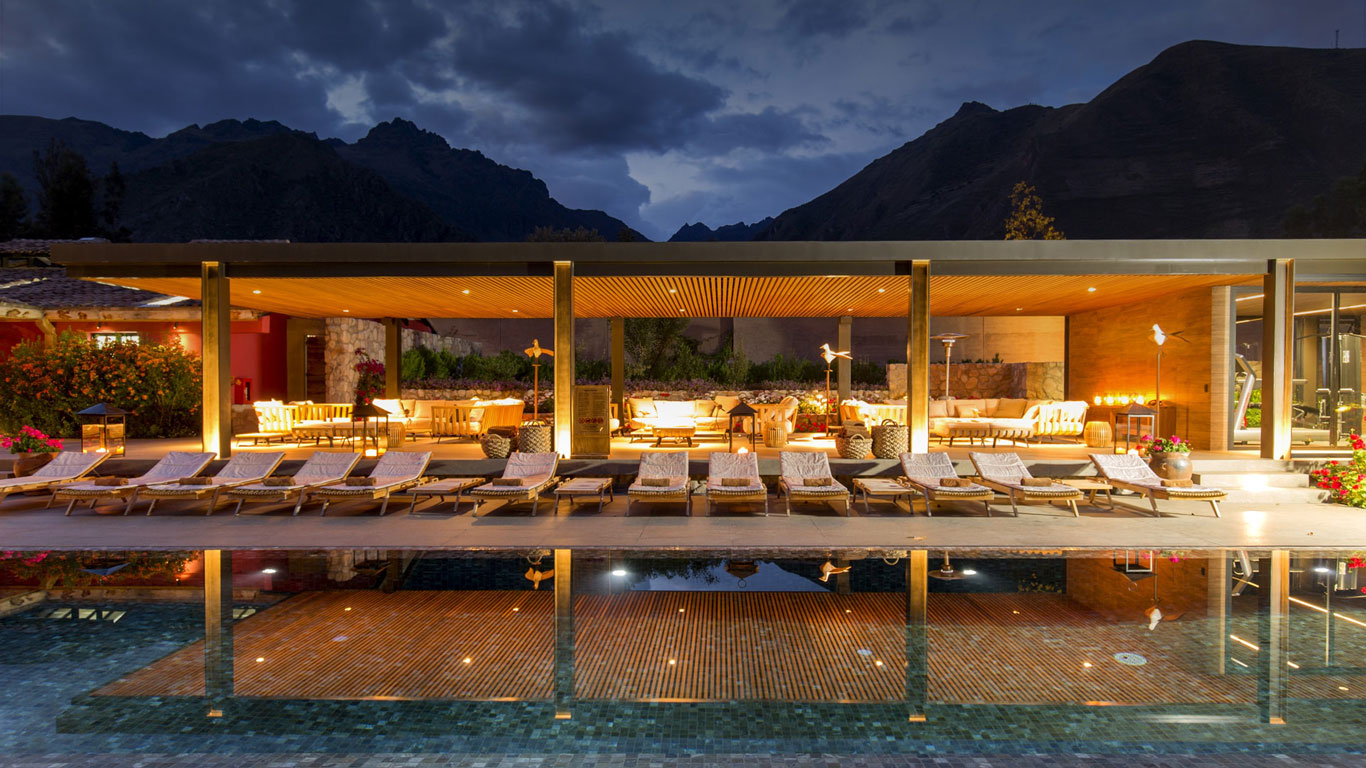 What you will see.. 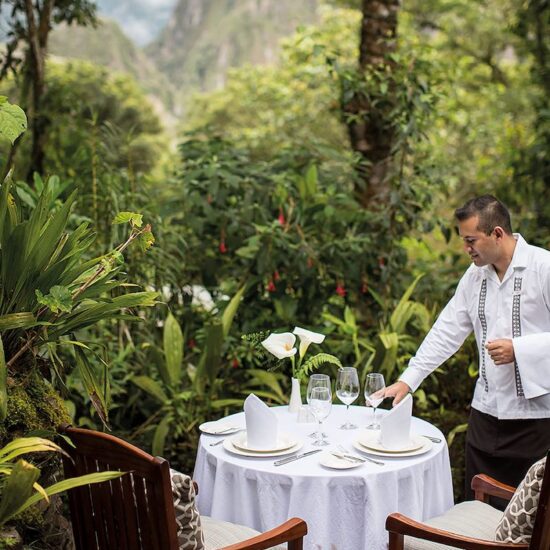 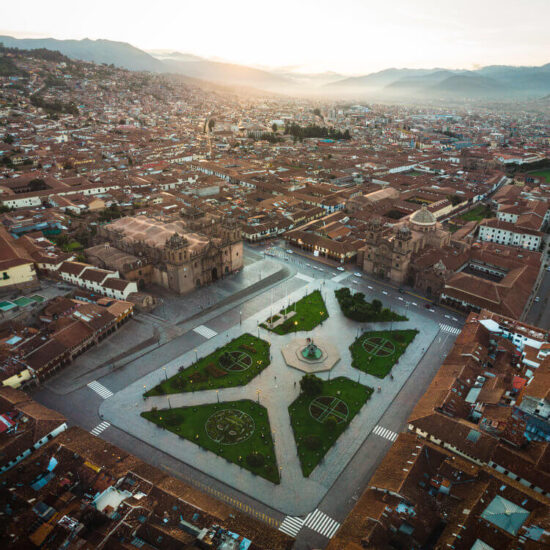 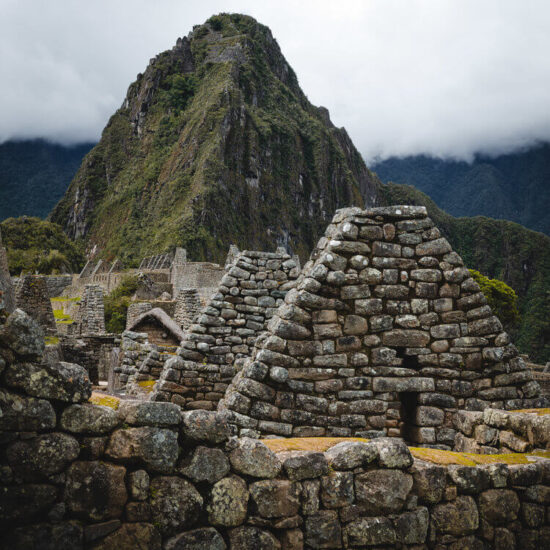 Enjoy the Capital of Peru, known particularly for its excellent cuisine and good museums, as well as the historic down-town areas. your Travel Designer can arrange a tour for you should you wish and you'll have all of our recommendations at hand for the best things to see and do in the city to make the very most of your stay. Dinner in one of the restaurants you’ve selected.
2

This day can be all about eating and visiting markets ( fruit Market, Fish Market, general Market ), but it can also be a cooking class focused day in which you will learn how to prepare the famous ceviche. Dinner in one of the restaurants you’ve selected.
3

Time to Fly to Cusco. Our expeditions are really flexible. You will choose what to eat on our way to your hotel in the Sacred Valley. In the afternoon let’s visit a local market with the typical products of the Andes.
4

Private Tour of Machu Picchu with overnight. Train ride to the Machu Picchu Pueble (Aguas calientes). Your private guide will take you on a comprehensive tour of the Machu Picchu citadel, really bringing it to life by detailing the history, significance and myths surrounding it as well as taking you to the hidden corners and best viewpoints. Then after your guided tour, you'll enjoy a delicious lunch before an afternoon at your leisure. You can explore the areas around Machu Picchu or carry on exploring the ruins. Return in the evening to overnight at your chosen hotel in the Machu Picchu area.
5

Discover the Machu Picchu citadel by climbing up either Huayna Picchu or Machu Picchu Mountain. Both scenic sites offer incredible, sweeping views, but vary in route. Huanya Picchu is a steeper route for the confident hiker as you pass sheer drops and takes around two hours. Machu Picchu Mountain is a rewarding three-hour ascending hike taking you away from the larger crowds to enjoy the vistas. Board the train for the journey back from Machu Picchu with refreshments served on board. Back to our hotel in the Sacred Valley.
6

Private tour to a beautiful community lost in the Andes. You will have an exclusive moment with some of the gentlest people you will meet during your holidays (apart of your guide). It is a family of 7. They will welcome you with a cup of tea, show you around their village, school, lakes…). And our host Bernardiño will teach you how to cook his typical soups and Trout Ceviche. Using products from his lands. This day tour includes a visit to a colorful local market.
7

We will ride from the Sacred Valley up to Cusco. On the way, we will stop at Maras Salt Mines and Moray Ruins. Learn about its history and take in the views before being taken to MIL restaurant. Winner of the world’s top chef award Virgilio Martinez created this restaurant to explore Andean ingredients and bring you a delicious food experience with incomparable views: the Incan ruin of Moray. Enjoy your 8-course lunch at MIL included in your tour package, and then explore this enigmatic site with your expert tour guide. Night in Cusco.
8

Flight to Puerto Maldonado in the Amazon Jungle. And enjoy a bit of rest in our lodge. In the evening, there is the possibility of a night boat tour looking for Caimans.
10

Let’s meet the chef that will teach you during the next 2 days. Looking for ingredients in the protected area of Tambopata. Cook with one of the most recognize chef in the Peruvian Rainforest. He will make you fall in love with the Jungle.
11

Travel back to Lima or adding few days in the Jungle to Visit the Tambopata national park and it’s amazing wildlife and scenery.

More than 7,000 feet above sea level in the Andes Mountains, Machu Picchu is the most visited tourist destination in Peru. A symbol of the Incan Empire and built around 1450AD, Machu Picchu was designated a UNESCO World Heritage Site in 1983 and was named one of the New Seven Wonders of the World in 2007.

10. In the Quechua Indian language, “Machu Picchu” means “Old Peak” or “Old Mountain.” 9. Machu Picchu is made up of more than 150 buildings ranging from baths and houses to temples and sanctuaries. 8. The compound contains more than 100 separate flights of stairs. Most of the individual staircases were carved from one slab of stone. 7. Although many of the stones that were used to build the city were more than 50 pounds, it is believed that no wheels were used to transport these rocks up the mountain. Rather, it is thought that hundreds of men pushed the heavy rocks up the steep mountain side. 6. Many different theories exist about Machu Picchu’s purpose—a royal estate and a secret ceremonial center among them. 5. The Incas were some of the best masons in the world. The structures were so well built with a technique called ashlar (stones that are cut to fit together without mortar) that not even a knife blade can fit in between stones. 4. Machu Picchu was only known locally until Yale Professor Hiram Bingham re-discovered the site in 1911. His book, The Lost City of the Incas, was based on his findings. 3. A long-standing dispute between Peru and Yale University has existed over the artifacts collected by Bingham during his exploration of the site. Yale maintains that they own the items while Peru insists they were given on loan. 2. Machu Picchu was an astronomical observatory, and its sacred Intihuatana stone accurately indicates the two equinoxes. Twice a year, the sun sits directly over the stone creating no shadow. 1. Unfortunately, most cities built by the Inca civilization were destroyed by the Spanish conquest. Machu Picchu was in a hidden location—invisible from below—and not found, making it one of the most well-preserved Inca cities and an archeological gem. 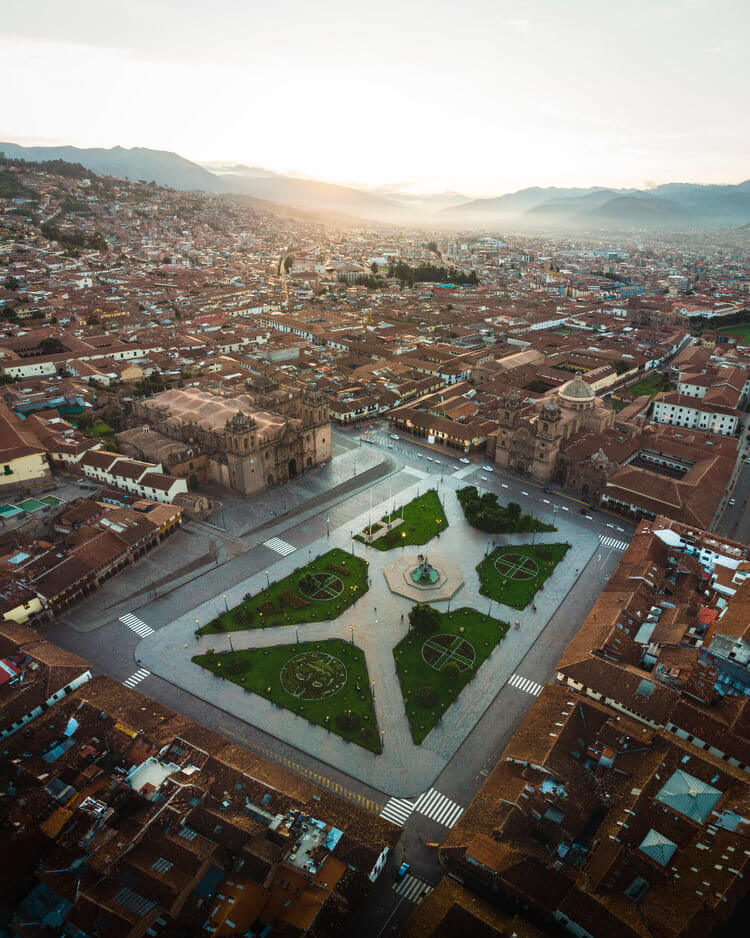 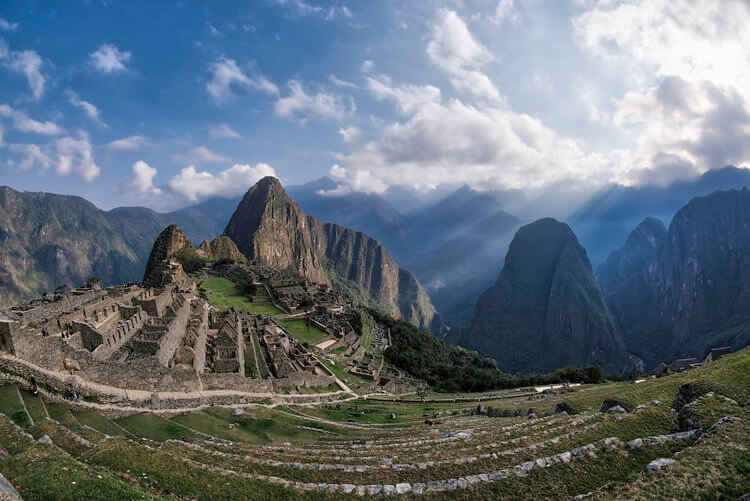 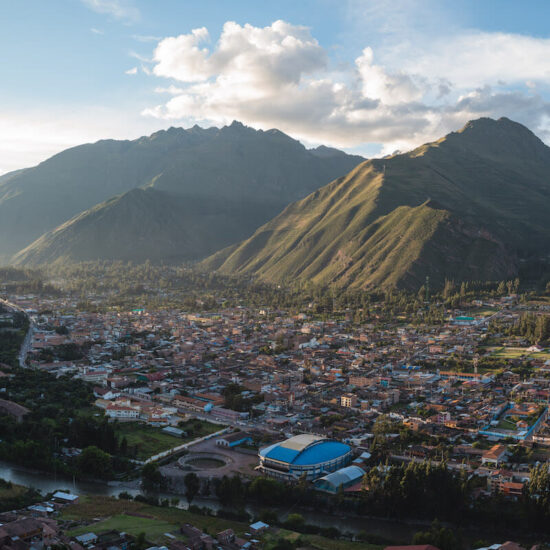 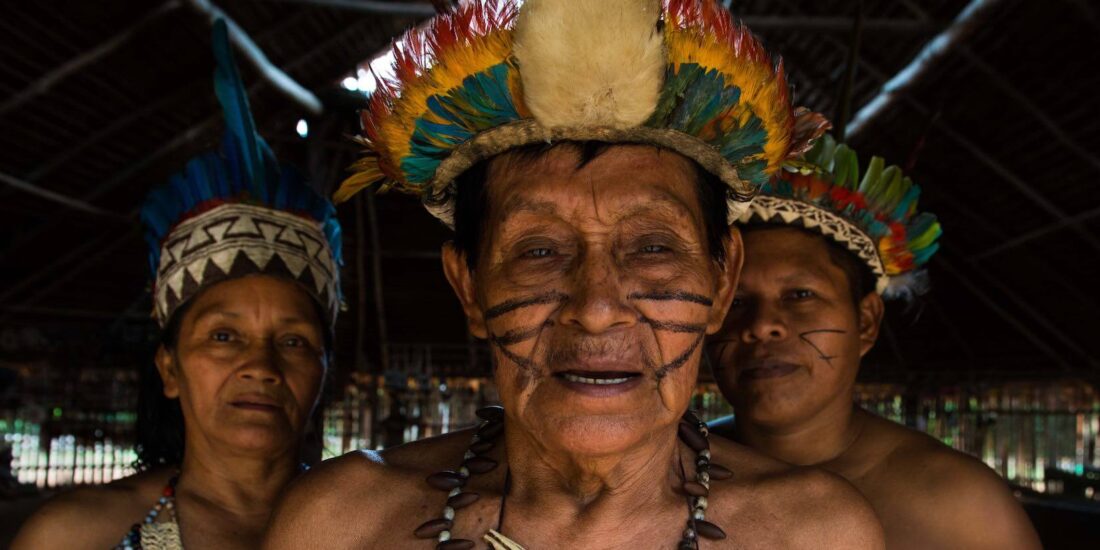 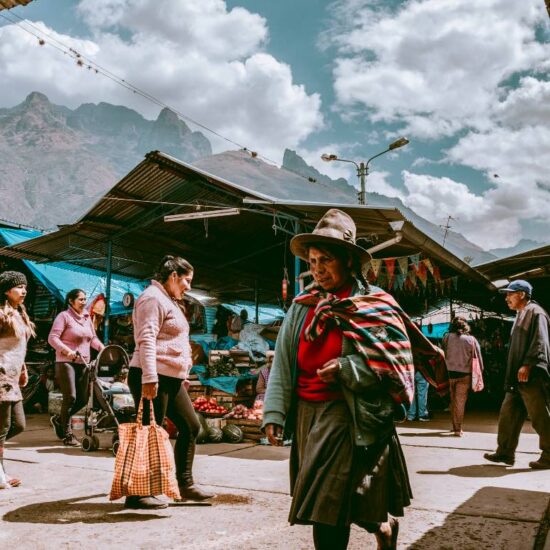