Award-winning tour of the photo highlights in the City of the Incas.

Capture amazing photos of the city with one of the best Cusco Day Tour operators. Professional, multilingual guide to help you discover non-touristic Cusco locations in a unique and fun way.

Private Tour from 2 person to more: 90 USD per person

The Cusco photo day tour is the only one that will take you to the touristic and the non touristic places of the Incan Capital. Visit unknown Incan streets, traditional markets, and typical local places unexplored by the tourist masses. Get some photography tips from your guide, no matter if you use a phone or camera and enjoy the real Cusco from a different perspective, through the eyes of a local photographer.

Sharpen your eye for the mundane situations of daily life in Cusco. Get the best tips from your guide on different techniques like: hunting, pursuing, approaching people in the street, finding best exposure triangle settings for street and more.

Mid-range zoom as a good all rounder lens.

Cusco’s dynamic changes daily! So some locations in it’s streets are not open every day! We leave this as a surprise as it is not guaranteed. But we always pass by the places and if open we go inside to show you some hidden gems of Cusco! Fingers Crossed! 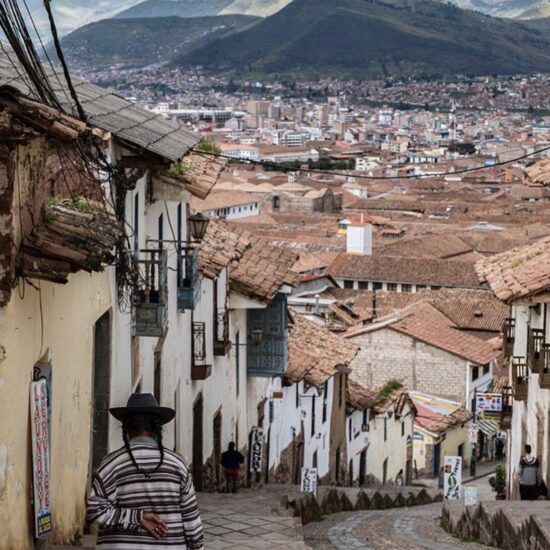 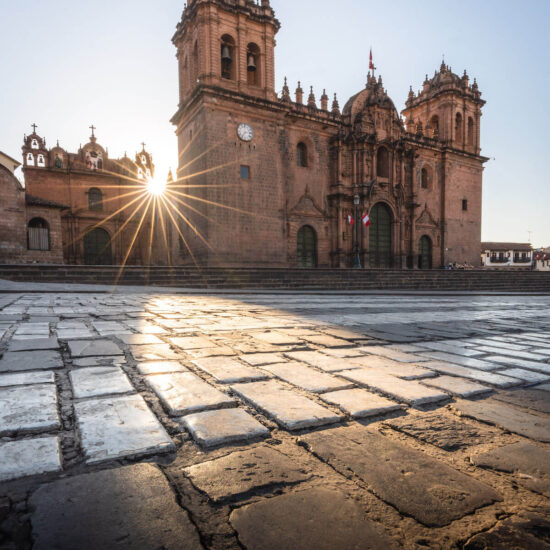 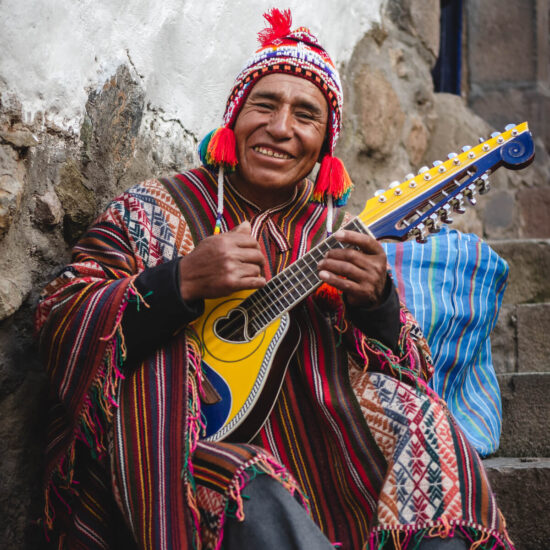 We move up to Santa Ana. We will walk up the street for a magnificent unique perspective from the Arch of Santa Ana. This ancient arch has a vantage point to photograph the city and barely anyone knows you can actually go to the top!
3

We move down into San Pedro market around 10h30. Also known as the Central Market (Mercado Central), the San Pedro Market is one of the most traditional and classic places to photograph in Cusco. Built by the famous Gustave Eiffel in 1925, this location concentrates the local Quechua residents and is usually busier and more attractive in the morning. Entering this market is a different experience. You’ll find everything from fresh fruit and veggies, natural medicines, people having a meal next to cow heads for sale, lots of crafts and an entire world of Quechua influences and amazing colors.
4

We move to Plaza San Francisco and visit San Francisco de Assis Church, convent, and catacombs. The San Francisco Church is one of the oldest and most forgotten wonders of the city. We will visit this convent/church and explore its history and architecture. We will explore the underground catacombs, the church, choir area with amazing carved cedar chairs and one of the highlights - the Bell Tower, where you can enjoy an impressive view of the city. We will also visit the outdoor patio, designed with superb detail in the Spanish colonial style.
5

At 1 pm there is a mandatory stop in the main square (Plaza de Armas). There’s no escaping the main plaza. It concentrates so much history about the Incan empire! Explore this area with a more photographic approach but get also to learn a little bit about the history of Cusco. From there you will decide with your guide which would be a great lunch option for you.
6

We move out of the market and explore the San Blas Neighborhood. The oldest and most beautiful neighborhood in Cusco. Known as the location where all artists live in the city. This area has some hidden gem locations that make for amazing street photography and not a lot of people know about them. There you will visit the most beautiful streets and points of view of the neighborhood.
7

Enjoy a unique point of view of Cusco from this beautiful eucalyptus forest.
8

Welcome to the navel of the world

The undisputed archaeological capital of the Americas, Cuzco is the continent’s oldest continuously inhabited city and the gateway to Machu Picchu.
Cosmopolitan Cuzco (also Cusco, or Qosq’o in Quechua) thrives with a measure of contradiction. Ornate cathedrals squat over Inca temples, massage hawkers ply the narrow cobblestone passages, a rural Andean woman feeds bottled water to her pet llama while the finest boutiques sell pricey alpaca knits.
Stately and historic, with stone streets and building foundations laid by the Incas more than 5 centuries ago, the town is much more than a mere history lesson; it is also surprisingly dynamic, enlivened by throngs of travelers who have transformed the historic center around the Plaza de Armas into a mecca of sorts for South American adventurers. Yet for all its popularity, Cusco is one of those rare places that seems able to preserve its unique character and enduring appeal despite its growing prominence on the international tourism radar. Cusco looks and feels like the very definition of an Andean capital. It’s a fascinating blend of pre-Columbian and colonial history and contemporary mestizo culture. The Incas made Q’osqo (meaning “navel of the world” in Quechua) the political, military, and cultural center of their empire, which stretched up and down the Andes, from Ecuador through Bolivia and all the way to Chile. Cusco was the empire’s holy city, and it was also the epicenter of the legendary Inca network of roads connecting all points in the empire. Cusco looks and feels like the very definition of an Andean capital. It’s a fascinating blend of pre-Columbian and colonial history and contemporary mestizo culture. The Spanish conquistadors understood that it was essential to topple the capital city to take control of the region, a feat they ultimately accomplished after an epic battle at Sacsayhuamán. The Spaniards razed most Inca buildings and monuments, but, in many cases, they found the structures so well engineered that they built upon the very foundations of Inca Cusco. Many perfectly constructed Inca stone walls, examples of unrivaled stonemasonry, still stand. After a devastating earthquake in 1650, Cusco became a largely baroque city. The result is a city that showcases plainly evident layers of history. Cusco’s highlights include both Inca ruins, such as Sacsayhuamán, a seemingly impregnable fortress on a hill overlooking the city, and Qoricancha, the Temple of the Sun, and colonial-era baroque and Renaissance churches and mansions. The heart of the historic center has suffered relatively few modern intrusions, and despite the staggering number of souvenir shops, travel agencies, hotels, and restaurants overflowing with visitors, it doesn’t take an impossibly fertile imagination to conjure the magnificent capital of the 16th century. Today Cusco thrives as one of the most vibrant expressions of Amerindian and mestizo culture anywhere in the Americas. Every June, the city is packed during Inti Raymi, the celebration of the winter solstice and the sun god, a deeply religious festival that is also a magical display of pre-Columbian music and dance. Thousands trek out to Paucartambo for the riveting Virgen del Carmen festival in mid-July. Other traditional arts also flourish. Cusco is the handicraft center of Peru, and its streets and markets teem with merchants and their extraordinary textiles, many hand-woven using the exact techniques of their ancestors–Sacred Valley and Cusco Travel. 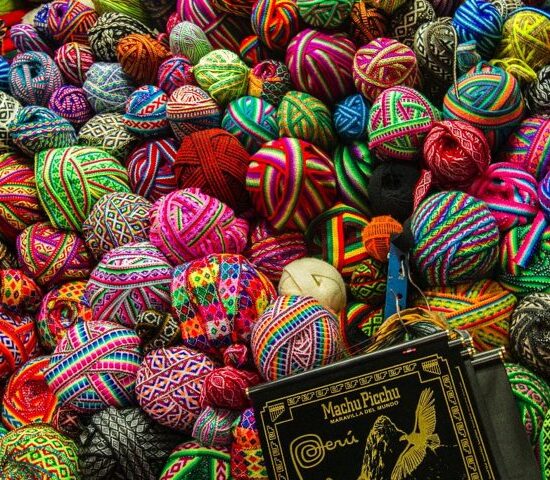 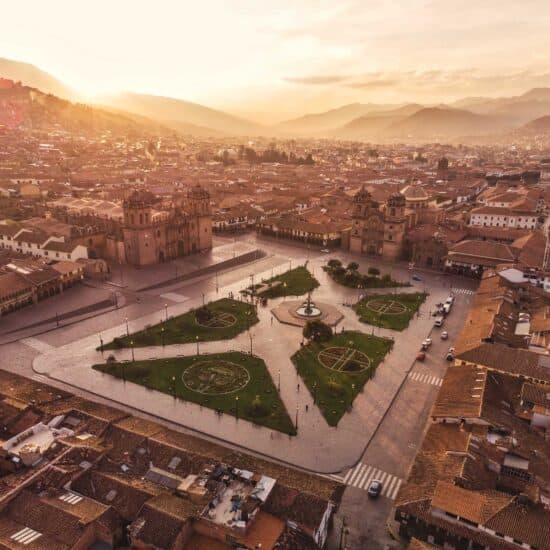 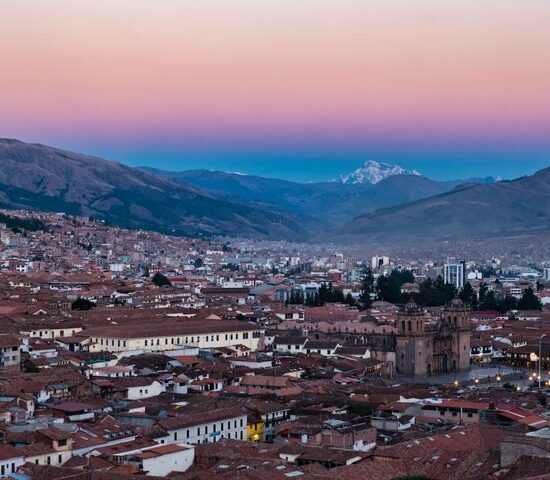 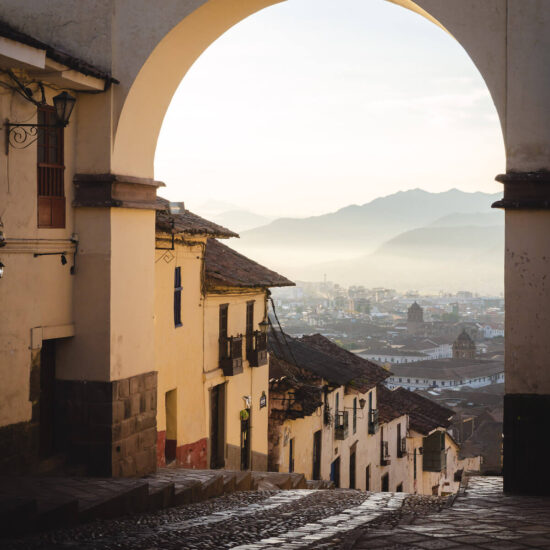 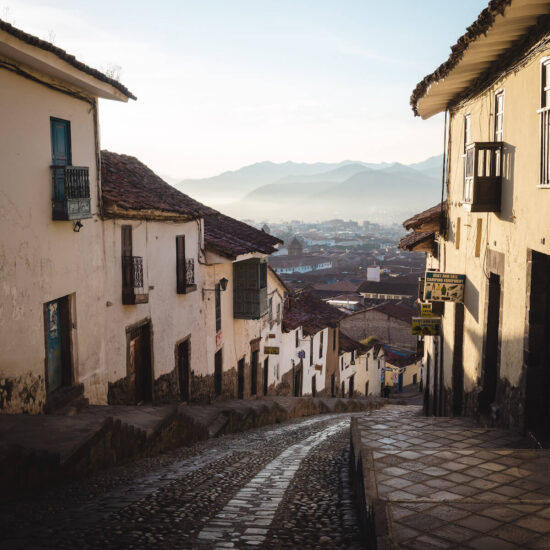 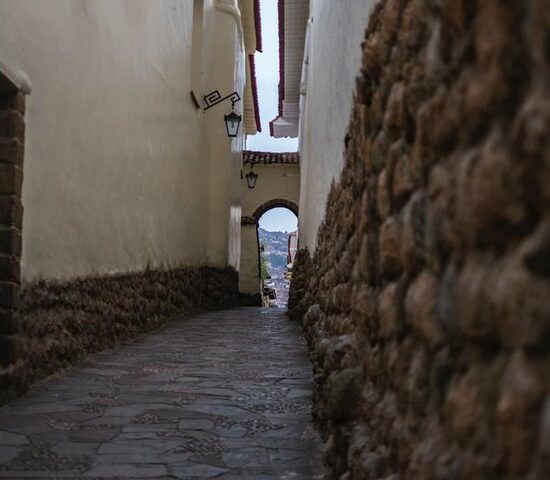 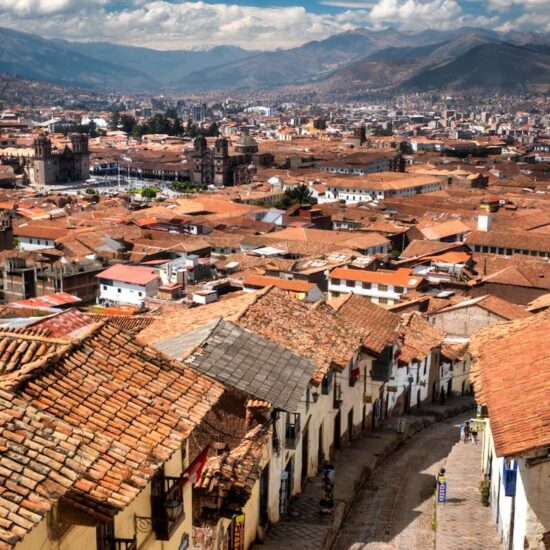 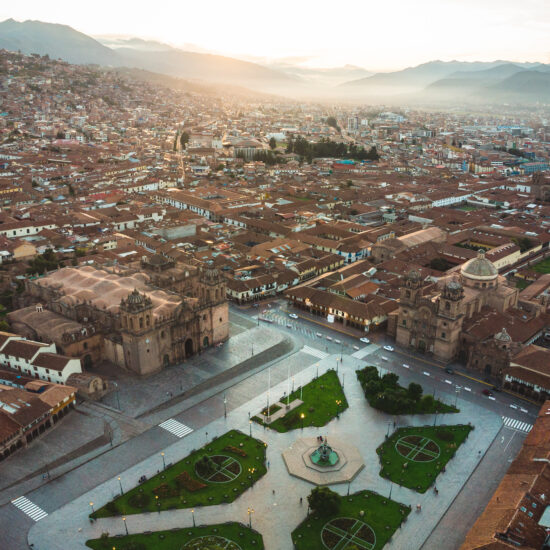 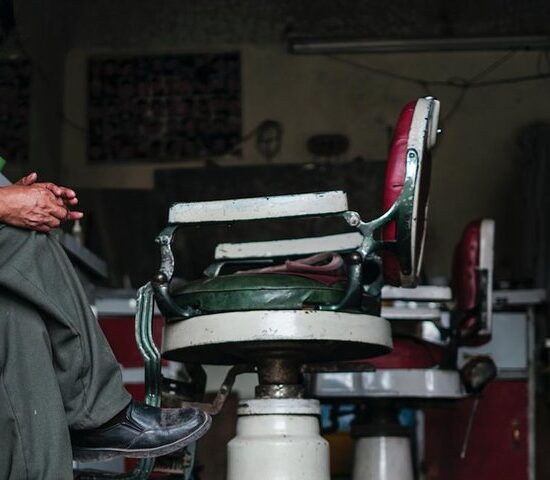 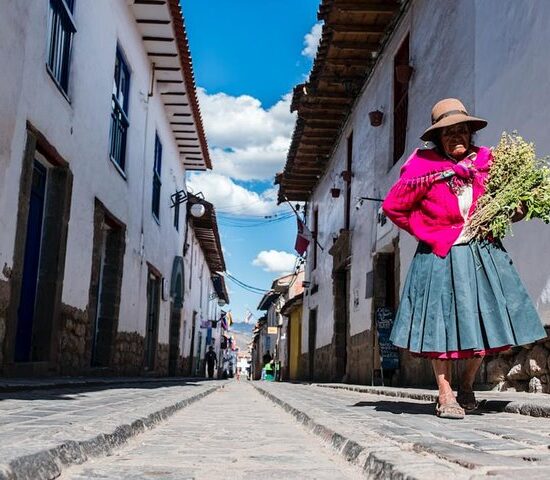 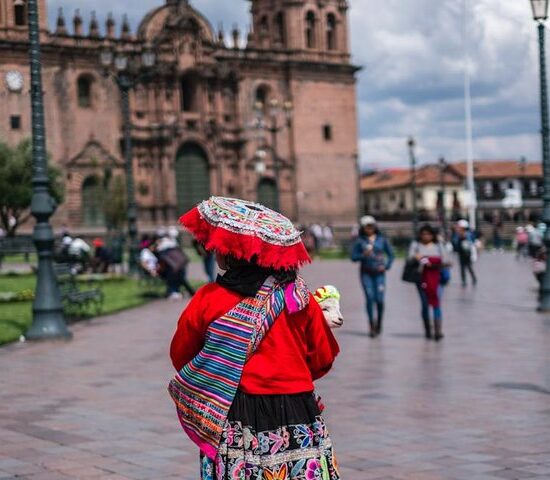 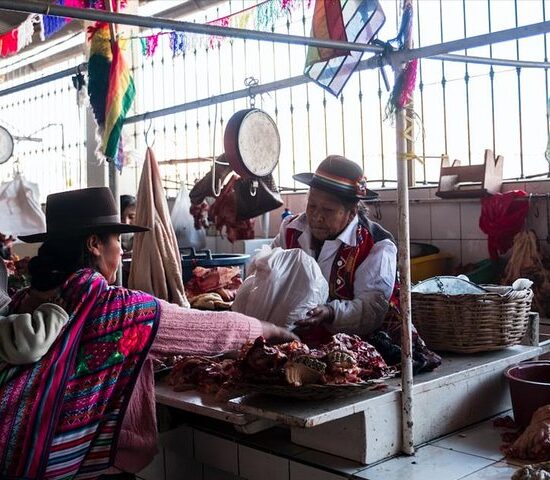 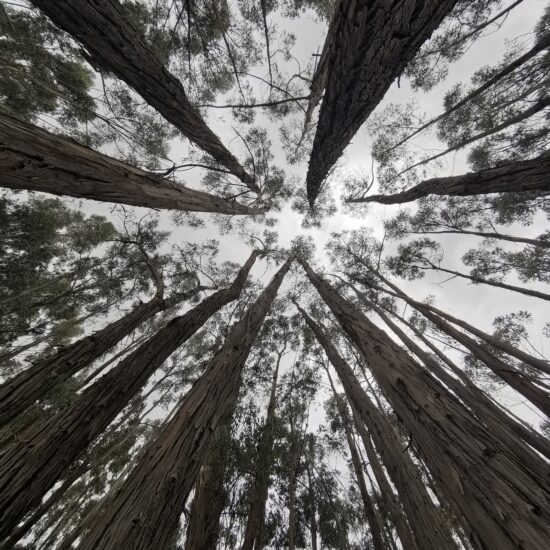 We will be grateful for your honest and objective feedback.