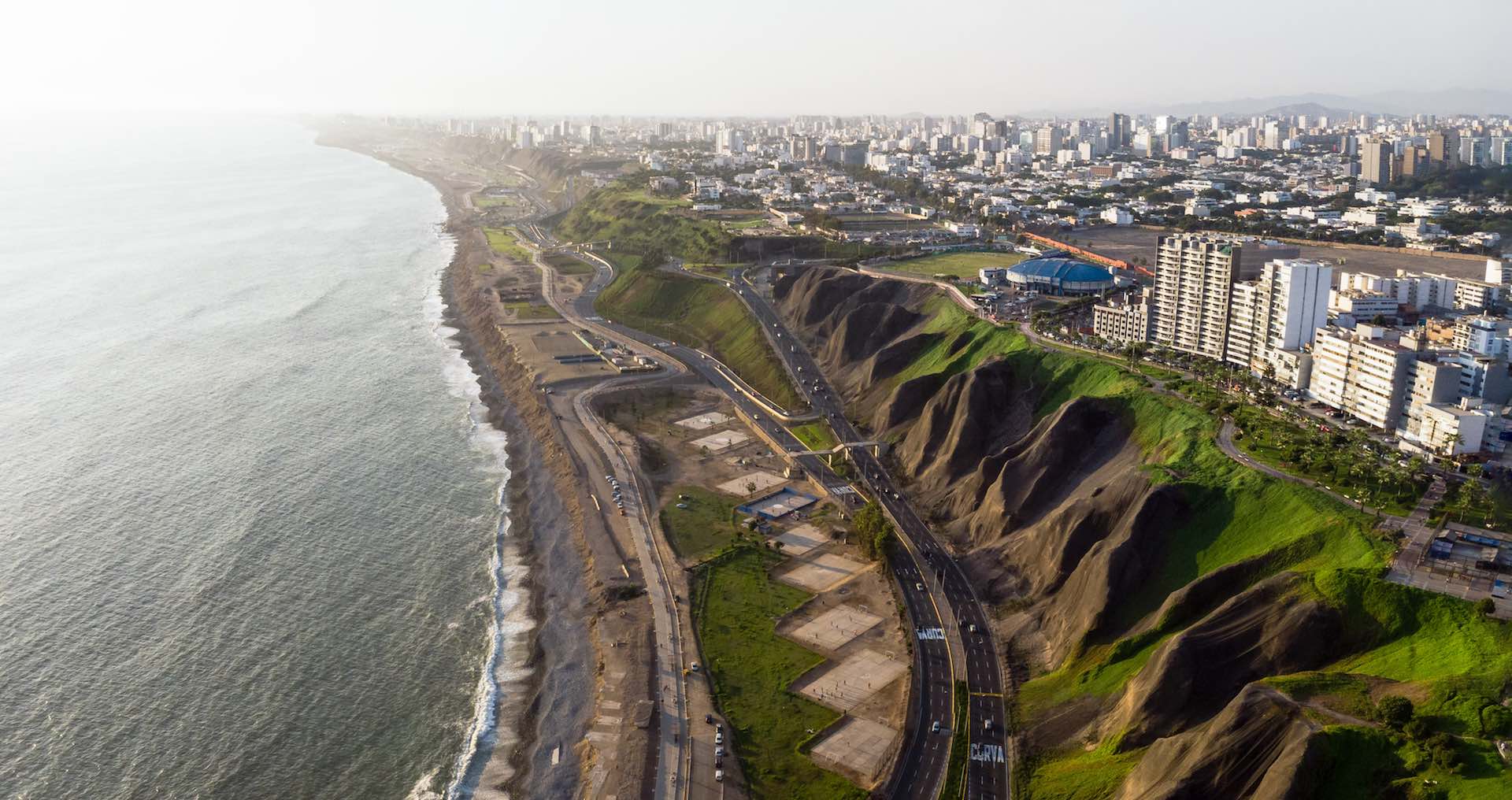 Lima is the capital city of the Republic of Peru and is located in the central coastal region of the country. The city is part of an elaborate ecosystem that includes the Chillón, Lurín and Rímac Rivers. The city has a scenic view of the Pacific Ocean.

In Lima, everything is in endless movement, and even the past is constantly being rediscovered. Lima offers an extraordinary range of emotions, sensations, colors and flavors: travelers can visit the city’s impressive cathedral, fly over the ocean, enjoy a photogenic sunset, or savor unmatched cuisine. Lima is now the gastronomic Capital of the world.

Lima is a place of converging trends, created by its people and their living culture, where you will find every corner of Peru represented. One visit to Lima can never be enough. Lima, filled with colonial-era riches, is the only capital in South America that faces the sea, and it is hailed as the gastronomic capital of Latin America.

It is a city you should not miss! 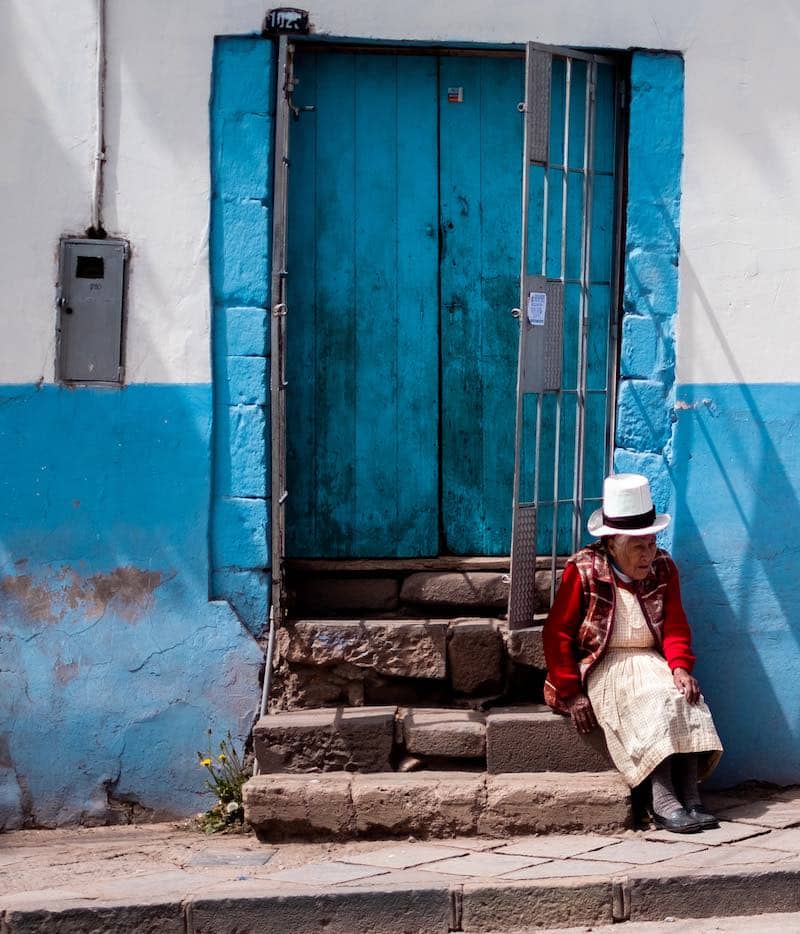 The Lima Photography Day Tour is the only tour that will take you to touristic and lesser known places of the Peruvian Capital. And all of that walking and using ta private transportation (safely of course). Is there any better way to discover Lima other than doing it as a "Limeño"?
$130 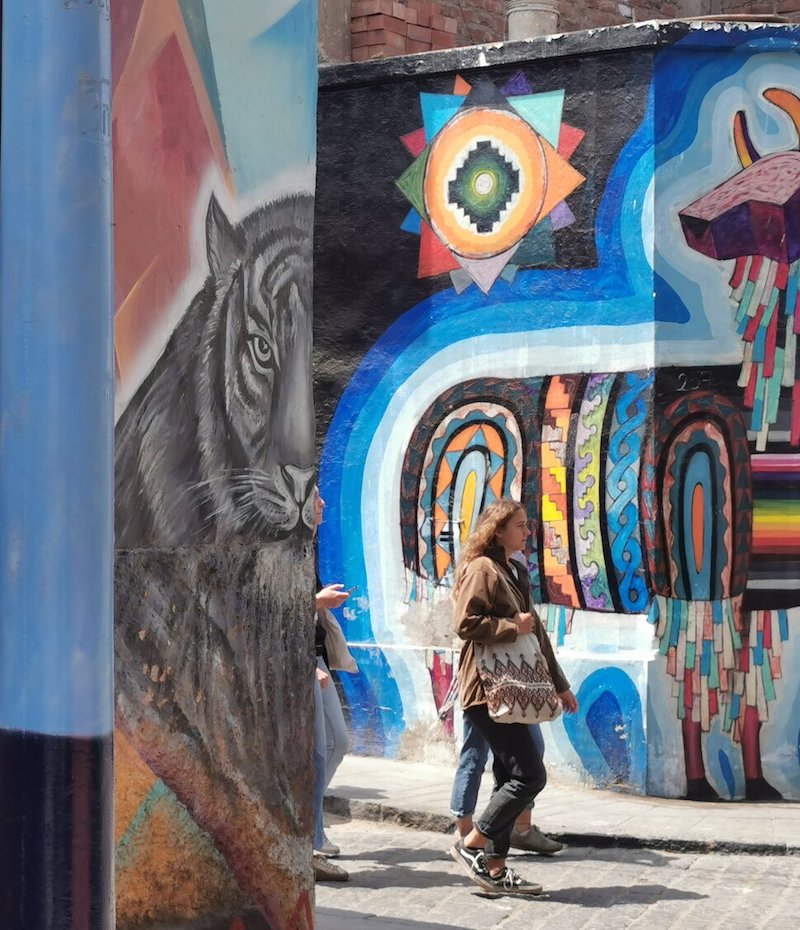 The Lima Photo and Art Tour is the only tour that will take you to lesser known locations of the Peruvian Capital. And all of that walking through non-touristic places of Lima. This tour is focusing on photographic opportunities and enjoying the beautiful art present all over the city. Is there any better way to discover Lima other than doing it as an artistic "Limeño" ?
$170 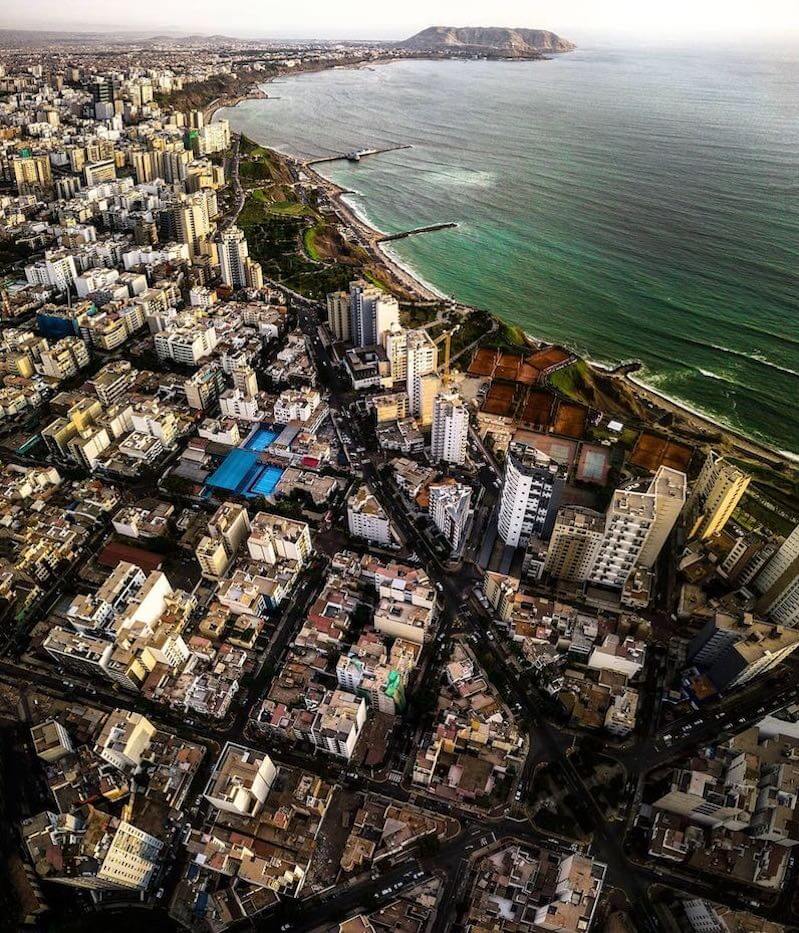 Is there a better way to observe a city than from above ? Our 30 mins photography flight above Lima will offer you exclusive photographic opportunities.
$650

1. With a population of about 9 million people within its Metropolitan area, Lima is the fifth largest city in South America.

2. Lima is the second largest desert capital city after Cairo in Egypt. The city is located on a desert strip between the Pacific Ocean and Andes Mountains.

4. Lima occupies an area measuring 2700 square kilometers and has a coastline that extends for 80 kilometers.

5. Lima is connected to the Peruvian highlands by a Central Highway that traverses through scenic countryside.

6. Lima, being a desert city never experiences proper rain. Rather, it experiences some drizzle.

7. For the tech-savvy tourists, there is free Wi-Fi at Parque Central de Miraflores. Note that the internet connection might be unreliable. You are better off in a per second-billing cyber cafe.

8. Lima is home to Peruvian gastronomy exploits. Here, you will feed like royalty at very little charges.

9. Lima was founded by a Spaniard conquistador called Francisco Pizarro on January 18, 1535.

10. Lima was called La Ciudad de los Reyes which is translated as “The City of Kings” It became the capital of Viceroy of Peru until Peru gained independence.

Lima is one of those interesting cities that one wishes to stay forever. The weather is good, the food is awesome, the people are friendly, it has lots of fun activities to engage in and is next to the sea. If you want a holiday experience that you will never forget, then choose Lima. The city will give you something to talk about for generations. While at it, make sure you take pictures. Destinations like this make you want to live longer and experience more just like it. 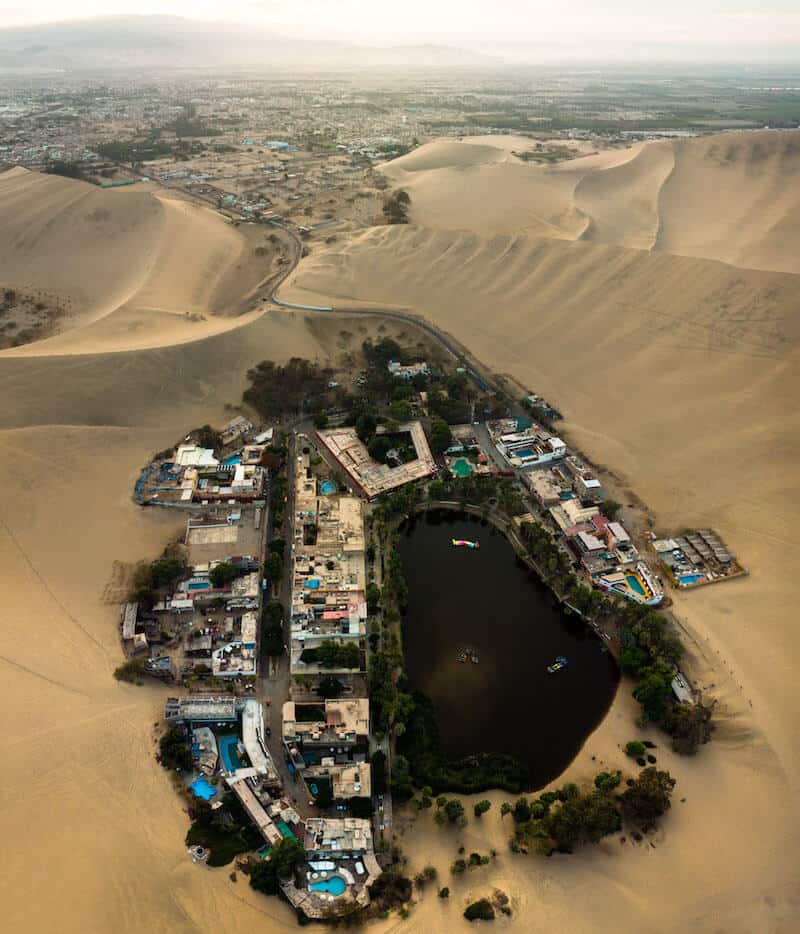 This Expedition will take you to the amazing Paracas National Park, with its Ballestas Islands. But also to the only desert oasis in South America.
$370 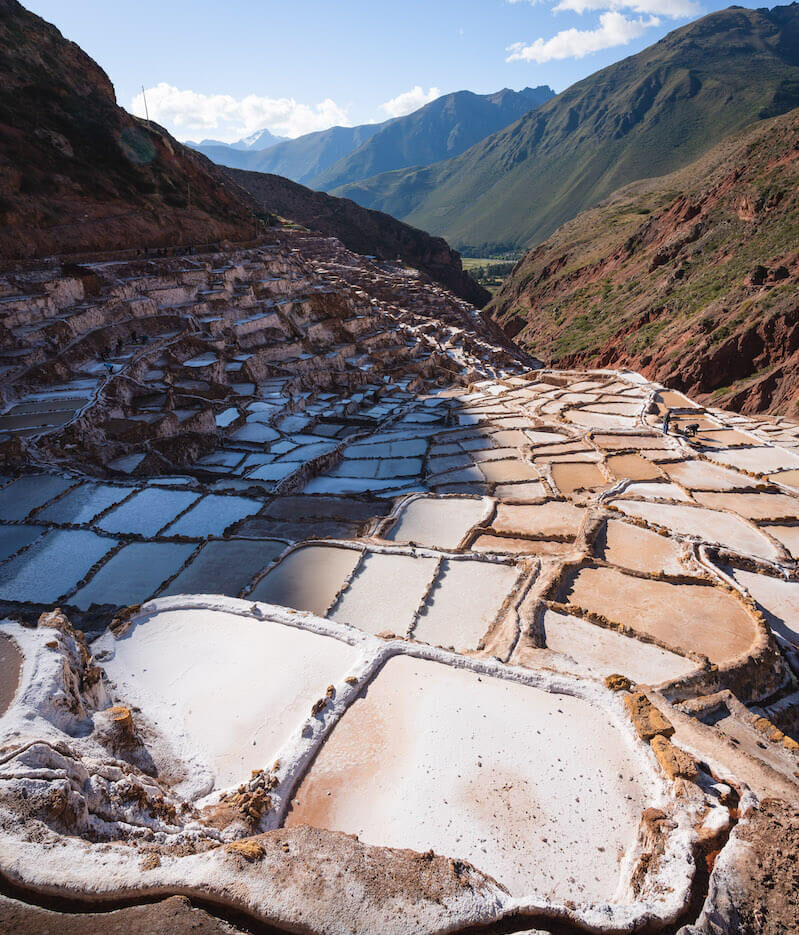 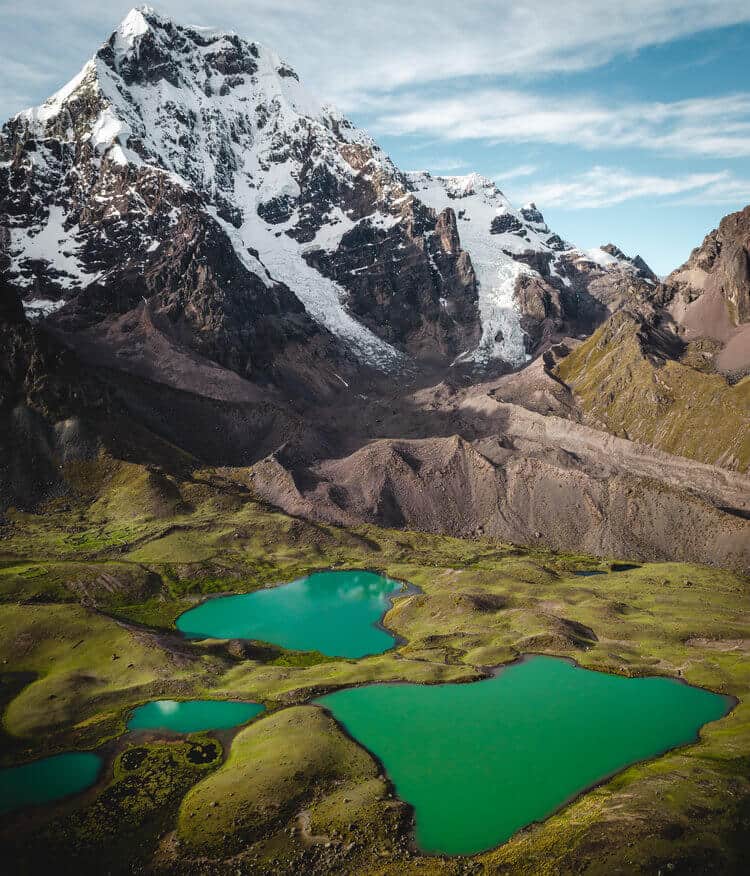 This photography expedition will take you into the hidden places of the Cusco Valley, deep in the Andes, without forgetting one of the new seven wonders of the world - Machu Picchu. Photographing through the streets of San Blas in Cusco, visit a Quechua village in the beautiful Sacred Valley. 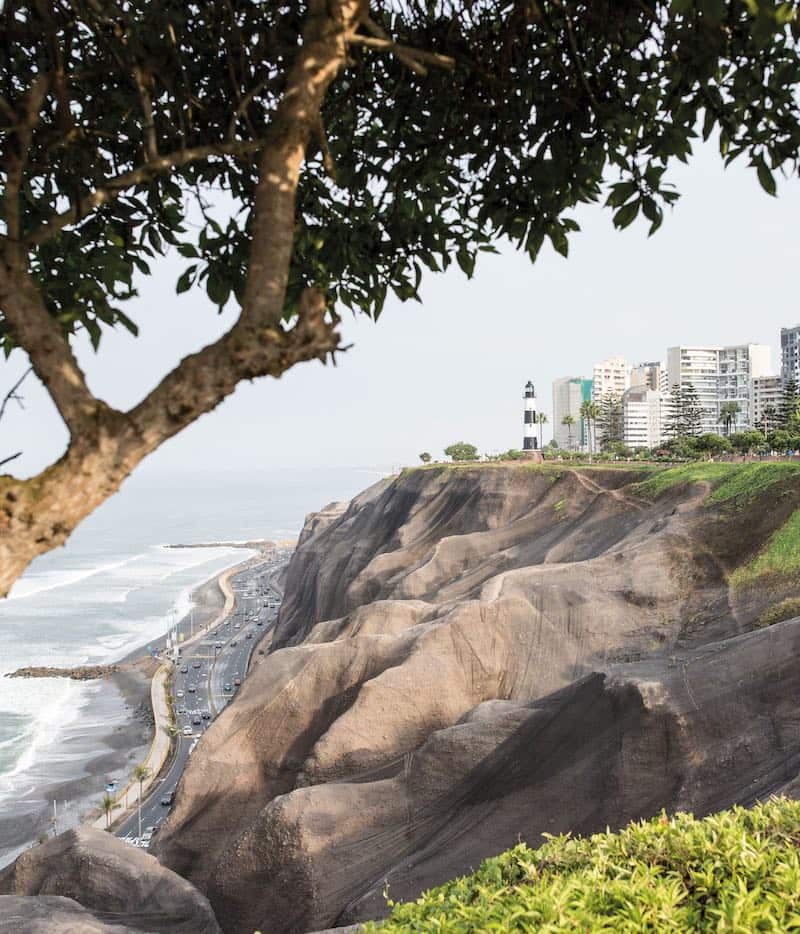 Travel through the iconic highlights of Peru on this luxury private expedition. Starting off in the capital city of Lima, enjoy this cosmopolitan city and the fantastic selection of gourmet restaurants, museums and colourful markets to explore.

Add some zest to a typical Machu Picchu tour by flying into the amazon jungle, dining at Central Restaurant, ranked among the top ten restaurants in the world, and venturing into the sacred Valley. 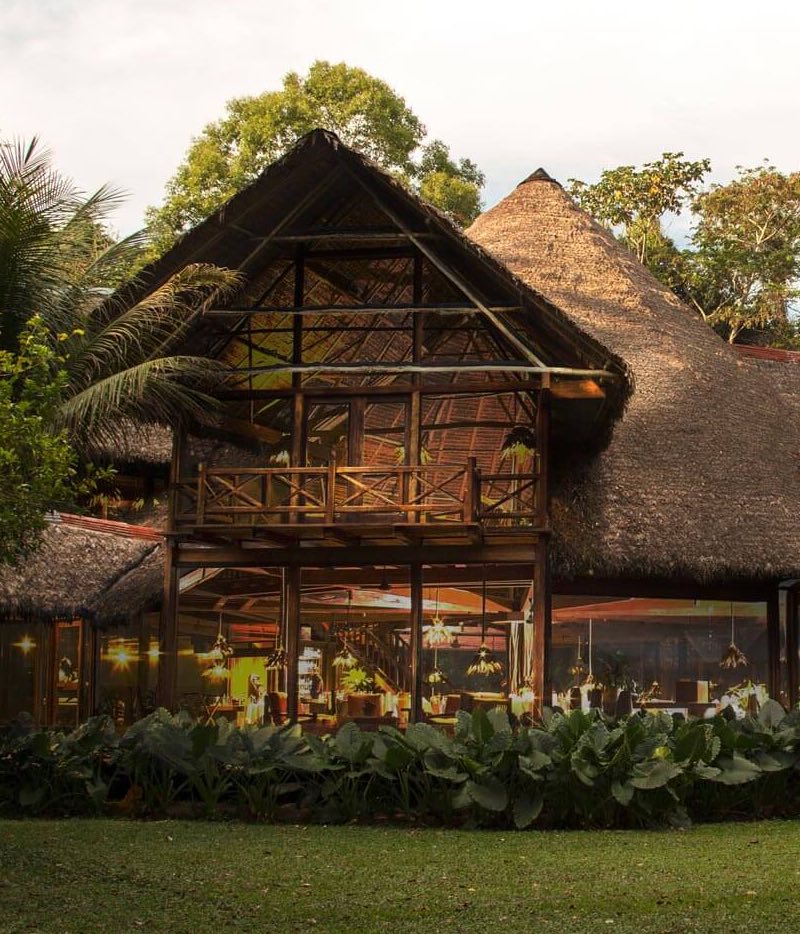 Travel through the iconic highlights of Peru on this luxury private expedition.Starting off in the capital city of Lima, enjoy this cosmopolitan city and the fantasticselection of gourmet restaurants, museums 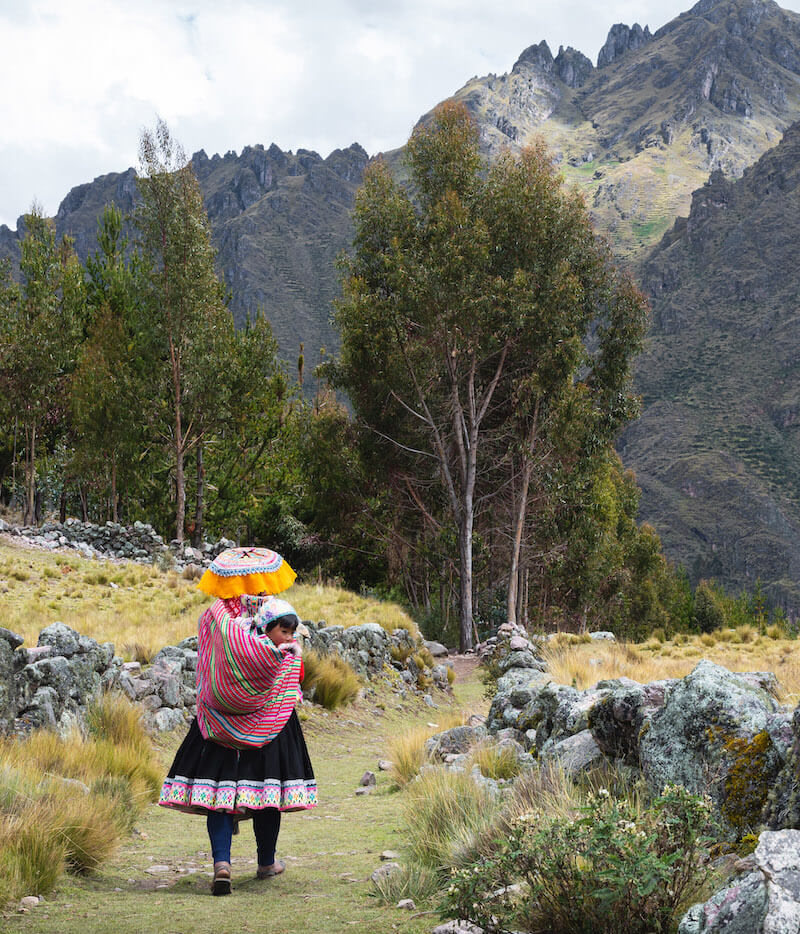 With its extraordinary diversity of culture, colors, landscapes and wildlife, Peru is the perfect destination for an unforgettable family trip.

Feel free to write us (Whatsapp) or call.